Welcome to Penrith’s WW2 Community Memories Page where you’ll find some of the precious memories of people who spent their early years in Penrith during the War Years and those who were evacuated to the town as young school-children. See also press cuttings of key events and images of young men from Penrith and surrounding areas who were commended or who sadly died serving the country during WW2.

What to do if you cannot access parts of this page

Much of this page contains video and images that are not accessible. We want to ensure that everyone can access our information and we are working to improve our website. Please contact us if you need information on this website in a different format like accessible PDF, large print, easy read or in an alternative format.

We will consider your request and respond to you in ten working days.

Memories of a Land-Girl Working on Farms around Penrith

During WW2, women produced much of the nation’s wartime food. Battling against national food shortages, an army of women known as the ‘Land Girls’ took on gruelling physical labour on Britain’s farms while the men were away at war. They worked long, backbreaking hours in farms in the countryside, turning their hand to any task demanded of them, including rearing livestock, yielding crops and carrying out maintenance work on the farms. For many years, they were the unsung heroines of the Second World War, saving the nation from starvation. 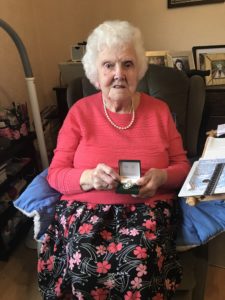 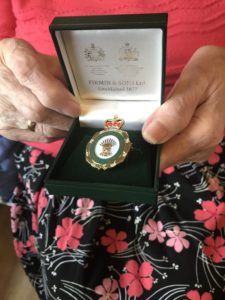 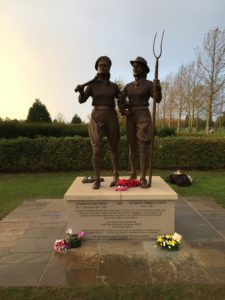 Although it was wartime and many died or suffered badly, many children in Penrith experienced good times.

Mr Thompson, who has lived in Penrith all his life, was a young boy aged 10 when the War began in 1939. In 1944, he began working locally as an apprentice electrician with Electricity House Ltd. In the video below, he talks about his memories of the War Years.

As the video indicates, Mr Thompson was in the Penrith Air Cadets during WW2 and he has provided the photographs in the booklet below. The seaplane is a Sunderland, which was developed in 1937. During World War Two, it was used in the North Atlantic Campaign by Coastal Command to protect the convoys of ships and hunt German U-Boats. In 1940, the Ministry of Aircraft Production decided to disperse some of the production of the Sunderland from Rochester to a more secure location. The aircraft needed a large expanse of water from which to take off therefore it was decided to locate a factory at White Cross Bay on the shores of Windermere.

Life as normal in Penrith amidst the chaos of War elsewhere!

During WW2, Cumbria was largely safe from attack. Whilst everybody was allocated a strange gas mask, clothes vouchers and ration books, ‘normal’ life didn’t quite fade away for the people who lived in the town throughout the war. 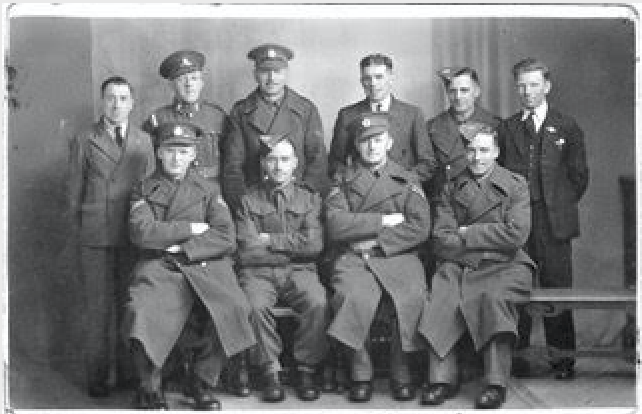 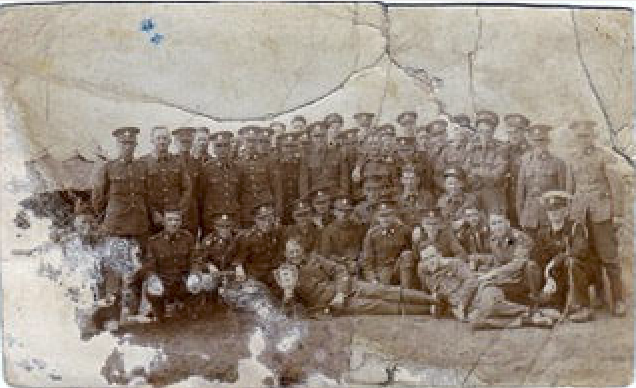 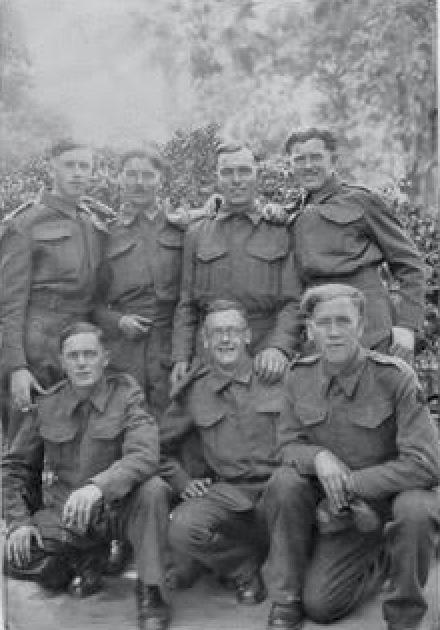 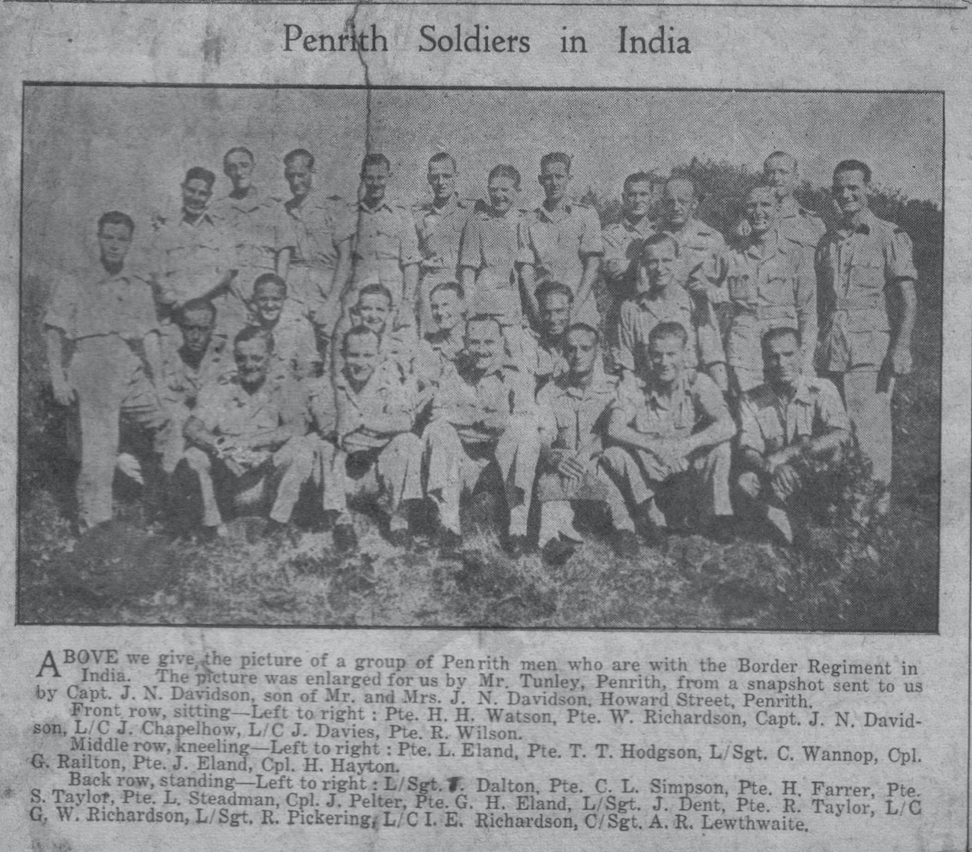 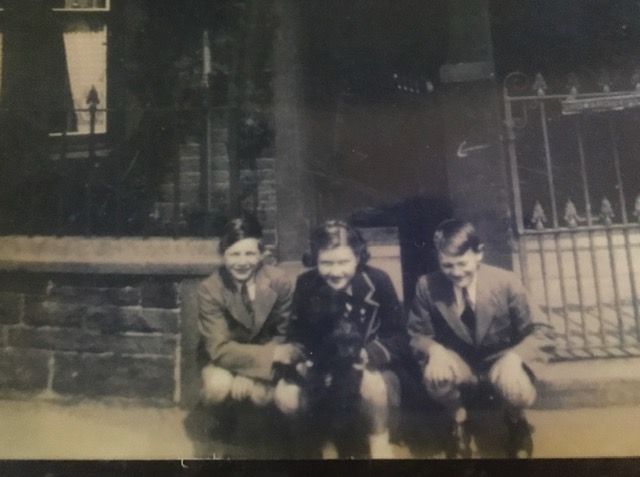 Sheila Thompson was brought up in Penrith, and her father, Archie Thompson, was Police Inspector in the town. She  was an only child, and her family took in several evacuees from Newcastle Royal Grammar School. Sheila told her daughter Margaret that she and one of her friends had been to the pictures, to see ‘Angels with Dirty Faces,’ and when they emerged, Penrith’s streets were full of the royal blue blazers of the Royal Grammar School. She added that it must have been a dream come true for girls in their early teens.

Lifelong bonds were made and Sheila’s friend went on to marry one of the Newcastle RGS evacuees. Sheila herself kept in close touch wih another evacuee throughout her life, and he even became godfather to Margaret’s brother.

The Canal Defence Light (CDL) was a British “secret weapon” of the Second World War. It was based upon the use of a powerful carbon-arc searchlight mounted on a tank for use during night-time attacks. It was expected the light would allow enemy positions to be targeted. A secondary use of the light was to dazzle and disorient enemy troops, making it harder for them to return fire accurately.

The name Canal Defence Light was used to conceal the device’s true purpose. In 1941 Lowther Castle was requisitioned by the War Office to develop top secret anti-tank weapons. Soon after, in great secrecy, a total of 6,000 men from the 35th Royal Tank Brigade, arrived for training at Lowther Castle, followed by 50 Matilda II and Churchill tank hulls.

The Lakeland fells were often used for troop training exercises, in particular the Fells around Walla Crag and Bleaberry Fell, which were used as a training area for tank crews. As Mr Thompson says, in the video conversation above, although secret from the enemy, people living in Penrith knew about the CDL since the skies would light up during night-time tests.

Among the Generals and VIPs who visited Lowther to see the manoeuvres were Winston Churchill and General Eisenhower.

Around 200 press cuttings transferred to the Portfolios below have been shared by Penrith resident, Mr. M. W. Cross. They were originally collated by his mother Mary A.M. Cross and her mother Elizabeth Jane Winskel. 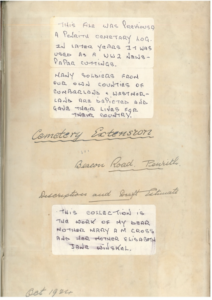 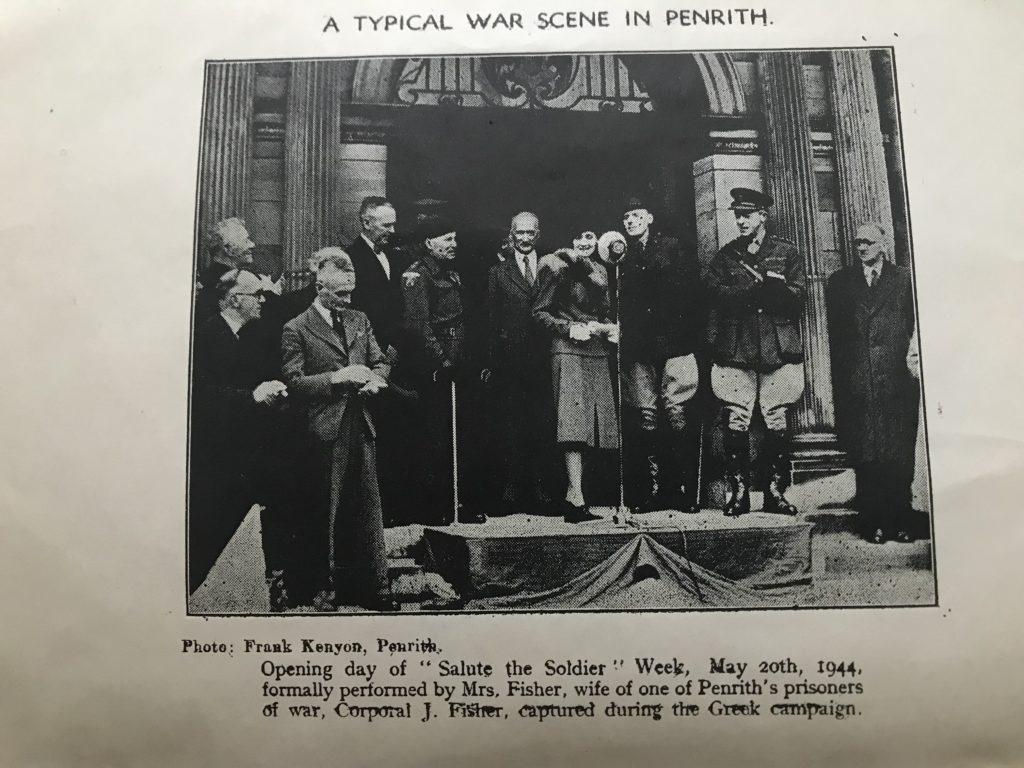 “It was our first taste of the war. Officially the declaration was not made until that Sunday morning, when we tuned in at 11 a.m. to hear the sad, but resolute voice of the Prime Minister. On that fateful Sunday, Members of Parliament hurried to Westminster after the broadcast for a special session, arriving to the sound of syrens, under weeping skies. From the windows of the Commons, they beheld the first balloons climbing awkwardly in the sky over Vauxhall and Lambeth Bridges. Three days earlier, in Penrith, we saw part of the great trek taking place throughout Britain. The day dawned sombrely, and skies were grey outside the memorial gates and Castle ruins. The square in front was splashed with the white arm bands of special constables. There were no boisterous greetings as we assembled – the atmosphere was charged with influences that made it almost profane to say “Good morning” It was like being in a room when the clock has ceased to tick.”

Operation Pied Piper: The Government’s  evacuation scheme was planned between May and July 1938 when it was feared the country would go to war. Experts from railway companies, teachers and the police were all called upon to advise. The British evacuation was called ‘Operation Pied Piper’ and began on Friday 1st September, 1939.

Many young children took their teddy bears along with their gas masks  when they were evacuated to the countryside. 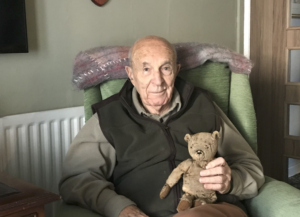 Richard Robson, evacuated to Penrith from Newcastle in 1939 kept the teddy he took with him.

Billeting was compulsory and after a journey by train, evacuees had to line up and wait to be chosen by a local family, who were paid by taking a form to the post office. The payment was around 10 shillings and sixpence (10/6 a week) for each child over 10. (In 2017, this was worth approximately £20.66.)

The RGS was evacuated to Penrith in September 1939, soon after the start of WW2, bringing many young pupils in blue blazers along with Masters and their families to the town where they lived in billets. Not many returned to their native North East until after D-Day, on 6th June, 1944.

“Penrith’s first trainload of evacuees – over 500 schoolboys from the Newcastle Royal Grammar School – have arrived shortly after noon today.

Those responsible for making the arrangements for their reception have been hard at it for weeks, and the efficiency of the organisation was reflected in the smoothness with which it worked.

The train arrived at Penrith Station half a minute before its scheduled time.  Ten minutes later, assembled in three groups , the boys were moving off to the schools where they were to receive a meal.

In charge of the whole arrangements was Mrs Hugh V. Thomson, on whom the burden of organisation had fallen very heavily, she having directed the work of the voluntary staff with much tact and efficiency. Her assistants included teachers from Penrith schools, special constables, members of the Voluntary Aid Detachment (V.A.D.) and Air Raid Precautions (A.R.P.)volunteers.”

Memories of former RGS pupils evacuated to Penrith during WW2

On 16th December 2019, Richard was interviewed for this project and recalls his memories of evacuation to Penrith, often with a great deal of humour.

Sadly, Richard passed away on 27th June, 2020 at the age of 91. A remarkable gentleman who was much loved and respected by all who knew him. Greatly missed.

Another memory from Richard’s draft of his schoolboy memories.

“One memory is that we actually saw Blackburn Bothas occasionally flying about.  I think they were based at Silloth.   Strictly speaking it is off the subject, but the Botha is worth a paragraph on its own..  Arguably it was the worst aircraft ever to see service with the RAF.   It was grossly underpowered, it was laterally unstable, the field of view out of it was dreadful, it couldn’t maintain height if one of its two engines failed, and it couldn’t be held straight anyway.   If both engines failed it had the gliding properties of a brick  The cockpit layout was so bad that  the fuel cocks could be turned off unintentionally.   If this happened unnoticed, the engines would run for about another ten minutes on the collector tank, then they would both cut suddenly to the complete surprise of the pilot.   If below 1,000 feet, he had no chance of starting them again before hitting the ground.      It was also extremely difficult to escape from.    Of course, we were told in those days that all RAF aircraft were marvellous, but the Botha was withdrawn after only a few months.   So anyone like me who has seen one is rare nowadays.”