The initial consultation took place during March and April 2017 when residents, businesses, community groups, stakeholders and visitors were asked for their views about Penrith.

We held a stakeholder event on 15th March for invited organisations and community groups in Penrith to start gathering information.  We then had a stall at Penrith Goes Orange on 18 March 2017 and held drop in sessions in the Parish Rooms on Saturday 1st April and 29th April.  We gave out numerous copies of the questionnaire and had hard copies available in the office, from the Library, on our social media platforms and on Survey Monkey. 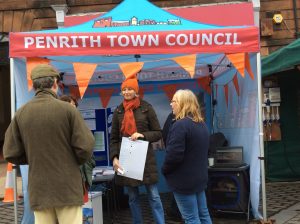 The Chairman of the Neighbourhood Plan Group also attended Queen Elizabeth Grammar School’s school council to get the views of young people.  A competition was held for primary school pupils to provide pictures of Penrith based on the themes of the questionnaire that were then used during the consultation process 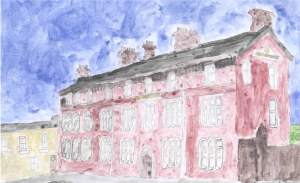 Thank you to everyone who came to see us and gave us their views. We received lots of completed questionnaires, cards and ideas from these events, on line, from the Library, in the post and from schools.

Comments made during the initial consultation