The Town Council has been developing a Neighbourhood Development Plan for the past few years and it is believed that the document we have is as close as possible to what residents would want to see.

This of course includes open green spaces and sports and leisure facilities within the town. It was very clear that one of the most important areas of our plan was their protection. These areas ranged from; a number of small green areas in the Voreda Park / Macadam Way area which were used by residents for informal gatherings and play, Pategill Back Field, Nichol Hill and the whole of Castletown Rec. It was clear from what residents told us that all of these areas, and more, were important in their own ways and we wanted to reflect that in policies 8 and 9 of the Neighbourhood Plan.

The independent examiner has ruled that the policies relating to such green spaces and leisure facilities should be removed from the Neighbourhood Plan.  We have been led to believe that Eden District Council’s Planning Policy department endorses such a view and that as a result the Neighbourhood Plan would come to referendum without any word on protecting some of your most important open areas in Penrith.

We need to know if you would support a Neighbourhood Development Plan that says nothing about protecting open green space and leisure areas within the town. This is not what we want and don’t think it is what you want either.

Please look at the policies and  green spaces again which can be found below, at Penrith Library or in the Town Council Offices on Friargate and let us know your views by 11 July.
Please Note It is these additional areas we wish to protect. Other areas are already protected through Eden District Council’s Local Plan.

You can email them to deputytownclerk@penrithtowncouncil.gov.uk or drop them into the Town Council Office if you prefer.

Response to the Inspector’s Report

Following the submission of the Penrith Neighbourhood Development Plan to Eden District Council in 2019 and the subsequent delays due to Covid, the Independent Examiner has now issued his final report which concludes that the Neighbourhood Plan should proceed to referendum subject to the modifications suggested to ensure that the plan meets the basic conditions.  It is important to note that following the latest consultation regarding the Examiners policy for Beacon Hill, such a policy will not be included. However, he does suggest that Policy 8 (Identifying and Protecting Local Green Space) and Policy 9 (Protecting and Enhancing Sport, Leisure and Recreation Facilities) should be deleted as he feels that they are not demonstrably special areas, even given that they were put forward by residents who explained why they were special to their communities.

Eden District Council must now consider each of the recommendations and the reasons for them provided by the Examiner and decide what action to take.  They also come to their own view about whether the draft plan meets the basic conditions and conforms to other legislative requirements.

We are grateful for the assistance of our planning consultant and specialist officers at Eden District Council  and look forward to meeting with them soon to find out the next steps and take the plan forward.

Comments on the Inspectors Report

At the Planning Committee in May 2022, Penrith Town Councillors sent a letter to Eden District Council regarding the comments of the Inspector on the Neighbourhood Plan

Comments on the Inspectors Report

Following the public consultation carried out by EDC on the policy for Beacon Hill written by the Independent Examiner, you can find a copy of all the responses on Eden District Council’s Website  You will see that there have been a total of 628 responses with 564 against the Examiner’s proposal, 14 for, 45 observations and 5 no comment. Out of the 14 for, some are actually against what is proposed and out of the 45 observations many want improved access and paths but no development. The responses have been sent by EDC to the Examiner and we await his response.

It should be noted that the Inspector was proposing to delete policy 8 (Identifying and Protecting Local Greenspace) and policy 9 (Protecting and Enhancing Sport, Leisure and Recreation Facilities) and replacing it with a policy written by himself specifically for Beacon Hill, ignoring all those other areas in the policies suggested and demonstrated by residents during our three consultation events as being demonstrably special.

Following the submission of responses to the Post Hearing Note to the Independent Planning Inspector, the Examiner for the Penrith NDP is proposing a new, bespoke policy in respect of Beacon Hill.  He has asked Eden District Council to arrange a public consultation on the proposed policy early in 2022.  The Examiner will then consider all comments made in response to the consultation before making his recommendation in his Examination Report.

October 2021
Responses to Post Hearing Note from the Planning Inspector

Following submission of the agreed draft policy on Beacon Hill to the Examiner, the Examiner issued a further Post-Hearing Meeting Note which sets out a set of specific questions for the Town Council and the Landowner.  It also provides Friends of the Beacon and Keep Penrith Special further opportunity to comment on the two alternative policies put forward by Penrith Town Council and the landowners. Penrith Town Council’s proposed policy can be found

31 August – Following a special meeting of Penrith Town Council on 27 July the Town Council response to the Examiner incorporated a suggested alternative policy in respect of Beacon Hill.

The Independent Planning Inspector asked Penrith Town Council to consider developing a specific policy for Beacon Hill as it is too large an area to be included as Local Green Space.  Representatives of Penrith Town Council met representatives of Lowther Estates to hear their proposals for Beacon Hill. It was not possible to come to agreement on a proposed policy which would go against the expressed wishes of the town’s residents. The proposed Beacon Hill Protected Landscape Feature policy was agreed at a special meeting of Council on 27 July and has been submitted to the Inspector.  We are awaiting feedback as to how this will be moved forward.

Following submission of the draft Neighbourhood Plan documentation to Eden District Council in December 2019, Codid-19 caused a delay to the process.  Mr John Slater the Independent Planning Inspector appointed to consider the draft Neighbourhood Development Plan carried out a hearing on-line on Tuesday 9th February.  Below you can find two documents that he has released. You can view the hearing sessions on the Eden District Council Website at https://www.eden.gov.uk/planning-and-building/planning-policy/neighbourhood-planning/penrith-neighbourhood-planning-area/

Letter received by the Inspector from Friends of Penrith Beacon

Letter received by the Inspector from Keep Penrith Special

“I acknowledge the two emails which I have received from the Friends of Penrith Beacon and the Keep Penrith Special Group.

It is very unusual to be receiving representation at this stage of a neighbourhood examination as the procedures for conducting neighbourhood plan examinations is set down in legislation and regulation. That has prescribed period where representations may be submitted for the examiners consideration. However I do recognise that the issue regarding the development of a new policy at this stage , covering The Beacon   may justify  further public involvement . The position with regard to the Penrith Neighbourhood Plan  is that the examination is now held in abeyance  until I receive the outcome of the discussions, which I encouraged in my Post Hearing Note, between Penrith Town Council and the landowners,  Lowther Estates  assisted by Eden District Council. These discussion need to run their course.

However if a new policy does emerge, whether it is with or without the agreement of the landowners, I must consider whether that new policy should be the subject of public consultation as  any new policy would not have been the subject of any prior consultation. Clearly if no policy is put forward by the Town Council, I will proceed with my examination, based on the plan as submitted. If the Town Council does recommend to me that I should consider a new policy to protect the Beacon, my current intention is that this policy should be the subject of a focused consultation which will be facilitated by Eden District Council. That would then be the appropriate time for the two campaign groups to let me have their considered views on any policy being suggested.

In the interest of the transparency of the examination process, I have asked the District Council and the Town Council to put the two letter and this response on the respective neighbourhood plan websites”.

Penrith Heart of Cumbria – a great place to live, work and visit.

By 2032, Penrith will be a successful, vibrant market town providing a sustainable environment for quality of life, attracting investment and tourism whilst enhancing the best of its built and natural character. 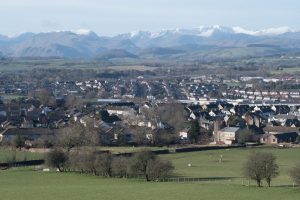 The Executive of Eden District Council designated Penrith as a neighbourhood area at its meeting on 6th September 2016.  A map of the Penrith Neighbourhood Area is attached together with the Area Designation Notice.

Penrith Town Council is making a Neighbourhood Plan for Penrith and has been supported throughout the process by a  very experienced firm, Kirkwells, as it’s independent planning consultants to help in the process.

Neighbourhood Planning is not about stopping development but about giving people the chance to decide how their local area should develop and where new homes, shops and businesses should be built.  Penrith’s Neighbourhood Plan will provide a framework to guide the future development, regeneration and conservation of the town over the next 20 years.

Our Neighbourhood Plan should not be confused with Eden District Council’s Masterplan. That was the District Council’s vision for the future growth (homes, business and leisure areas) in and around Penrith from 2032 to 2050 but which has now been scrapped. 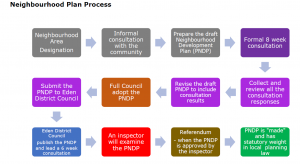 As the process progresses, more information will be added to these pages but if you have any queries in the meantime please contact us on 01768 899773. 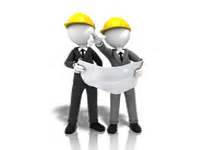